Long a hot topic in IT departments, artificial intelligence (AI) increasingly is finding its way into boardroom discussions. Examinations of the ways to implement smart systems in manufacturing are becoming more frequent. As are evaluations of processes that might benefit from AI enhancement.

With the answer to both sets of questions being ‘just about all of them’, expectations are high among senior executives for AI’s prospects and the number of use-cases are rising both across the industry and across the enterprise. It’s an optimism that’s expressed amid obstacles to greater uptake.

A study released at September’s Industry of Things World (IoTW) conference in Berlin illustrates those trends. It also points the way forward for manufacturers. This involves addressing systems and human capital issues to extract more business values from AI implementation.

“Our survey shows that the European industrial sector has clearly understood and embraced the strategic power of AI,” said Volkhard Bregulla, Vice President Global Manufacturing, Automotive and IoT at Hewlett Packard Enterprise (HPE), which co-sponsored the research. “But, it also reveals that it will be essential we close the data and skills gap to fully unleash its potential.”

In conjunction with IoTW promotor we.CONNECT Global Leaders GmbH, HPE polled more than 850 executives, directors and line managers on AI’s impact on their companies, their business processes and their bottom lines. These include double-digit growth in both profits (10.4%) and margin (11%), even as a corresponding number (11%) of the largely European survey population had successfully executed AI implementations.

US-based HPE, which finances and sells networking solutions, found that a further 14% will bring AI projects on-stream in their operations over the next 12 months. In total, more than 60% of those surveyed had engaged with the technology. And, that they had done so at vectors that span their operations.

“When they look at onboarding new technologies, companies often focus more on cost reduction and less on efficiency,” Bregulla told journalists at the Berlin Congress Center. “Our respondents see AI as a tool for driving differentiation.”

That’s evident in the spectrum of projects either completed or underway at those companies. Implementation is highest research and development, where cognitive tech combines with 3D printing to speed prototyping and testing. The predictive analytics that are a hallmark of the technology means that operations and maintenance also are experiencing high rates of onboarding.

Support also is reflected in IT budgets, with respondents reporting their companies will spend around half-percent of revenues in 2019 on AI projects. In an industry that routinely devotes around two percent of annual income to IT, that reads as a significant commitment.

“The success rates for AI projects are very high,” said Dale Rickert, the Global Director for the IOTW conference series, noting that fully 95 percent of respondents that had completed projects had achieved the targets set for them in the planning stages. “So are the levels satisfaction.”

It’s no mean feat, given the breadth of projects and the business goals they aim to achieve. These include increasing efficiency, improving CRM and adding new features to products and services. As well, companies are implementing AI for ERP and to create the organizational flexibility that enables them to respond opportunistically as market and business conditions change.

Equally, the locations of those projects – ranging from data centers to the production line – attests to AI’s scope for cutting costs and increasing efficiency in core and peripheral operations. Survey respondents were roughly split on deployments at the edge – where data is collected and instructions executed – and in the datacenter, where the computational and analytical capabilities that underpin machine learning are located.

From around a third of implementations taking place at the edge, respondents expect that number to rise to around half by 2030. A 15 percent increase is forecast for datacenter deployments in the same timeframe, meaning that hybrid strategies to AI will remain the norm as AI projects grow in number.

Legacy IT systems are necessitating this bifurcated approach, with almost half of respondents reporting that quantity and quality of the data needed to run AI models as an impediment to implementation. Failings in both data governance and enterprise architecture also must be addressed ahead of adoptions, respondents said.

“Because algorithms are only as good as the data put through them, the ability to generate clean data across the value chain is something that manufacturers considering AI must address,” Bregulla said calling data “a key success factor in scaling AI adoption.”
Equally, poll results point to the importance of human capital and overcoming the challenges to AI implementation. Contrary to popular fears about the potential job losses that will arise in the rise of the machine, nearly two-thirds of respondents said they expect the technology to create more positions than it eliminates.

That those jobs will revolve less around production technologies and more around data science means that demand is high for those with the sets of skills necessary to implement and maintain AI projects. And, that manufacturers will be compelled to look to outside experts as they reskill and upskill workforces.

“The important thing is that manufacturers get AI expertise into the business,” Brugella said, noting that the low number of completed projects indicates that it’s early days for AI in manufacturing. “Our survey shows that the European industrial sector understands the strategic power of AI. Closing the data and skills gap is essential for fully unleashing its potential.” 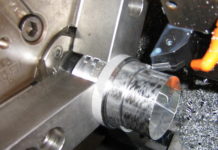