A recently formed “pan-European” accelerator, backed by €8 million in funds under the European Commission’s Horizon 2020 framework, will focus, over the next three years, on helping startups and small/medium-sized enterprises (SMEs) in robotics-related areas to bring innovative technologies to market.

The accelerator, christened Robot Union, begins the first of two open call for startup/SME applicants in April 2018. The 20 firms selected in the first round will each receive an equity-free investment of up to €223,000 and participate in an intensive “premium acceleration service” lasting six to twelve months. And the two best-performing companies in Robot Union will be eligible for an additional €1 million in venture funding.

The Robot Union project involves 14 major partner organizations. These include five research-and-technology partners—Finland’s VTT Technical Research Center, TU Delft in the Netherlands, the Danish Technological Institute, Technalia in Spain, and PIAP in Poland—as well as the funding platform Fundingbox and private-equity and VC firms such as Mobile World Capital of Spain, Odense Seed and Venture of Denmark, and Chrysalix in Canada.

Ali Muhammad of VTT, the project’s technical coordinator, characterizes it as “a collaboration between scientists and investors.” Compared with robotics, he explains, typical internet innovations “require far fewer resources, and the time of development is much shorter,” which makes the business case easier for investors to understand. “With robotics, the investment is higher, the maturity is longer. Investors have difficulty in really understanding, Is it technically feasible?”

Focusing on the business case

Robot Union, Muhammad suggests, will attempt to bridge that gap by sorting out companies with promising prototyped technologies relevant to robotics, and helping those firms make the jump to commercialization.

“We are not focusing on any particular technology,” he says. “We are more interested in the business case.” Further, while the program nominally targets startups in four robotics market areas—manufacturing, agri/food, health care and civil infrastructure—Robot Union will also be open to opportunities not necessarily limited to those areas. “If somebody thinks that they have an idea that doesn’t fit in one of those four, it’s still possible to apply,” according to Muhammad.

The accelerator will begin sometime in April 2018 with an open call, expected to last four months, for applications from interested startups and SMEs for the first 20 available spots in the accelerator. Another open call, Muhammad says, will likely begin in fall 2019.

The successful applicants will be those that have already proven out a technology in the lab and are looking to take the next step. “Somebody cannot come with an idea that’s at a very basic level,” Muhammad stresses. “It has to be something that already has been proven at least at a laboratory scale,” and for which the company is now looking for help in taking the idea to customers. Another possible scenario, he adds, could be “a startup that already has a successful product, and now they’re looking for an additional line of customers.”

The 20 startups selected in each of the two Robot Union open calls will receive equity-free seed grants of up to €223,000 per company. They will also participate in an intensive six-to-twelve-month acceleration course, with technical support from the five research partners and with mentoring by “a pool of tier 1 mentors from Google, Airbnb, Ikea, Yahoo, Prisa, Microsoft, among others.” At the end of the program, the “two best startups” could receive €1 million of private investment, in funding rounds led by several VC firms targeting robotics opportunities. 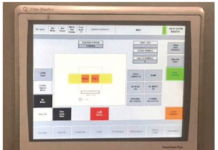 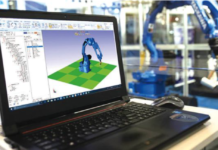